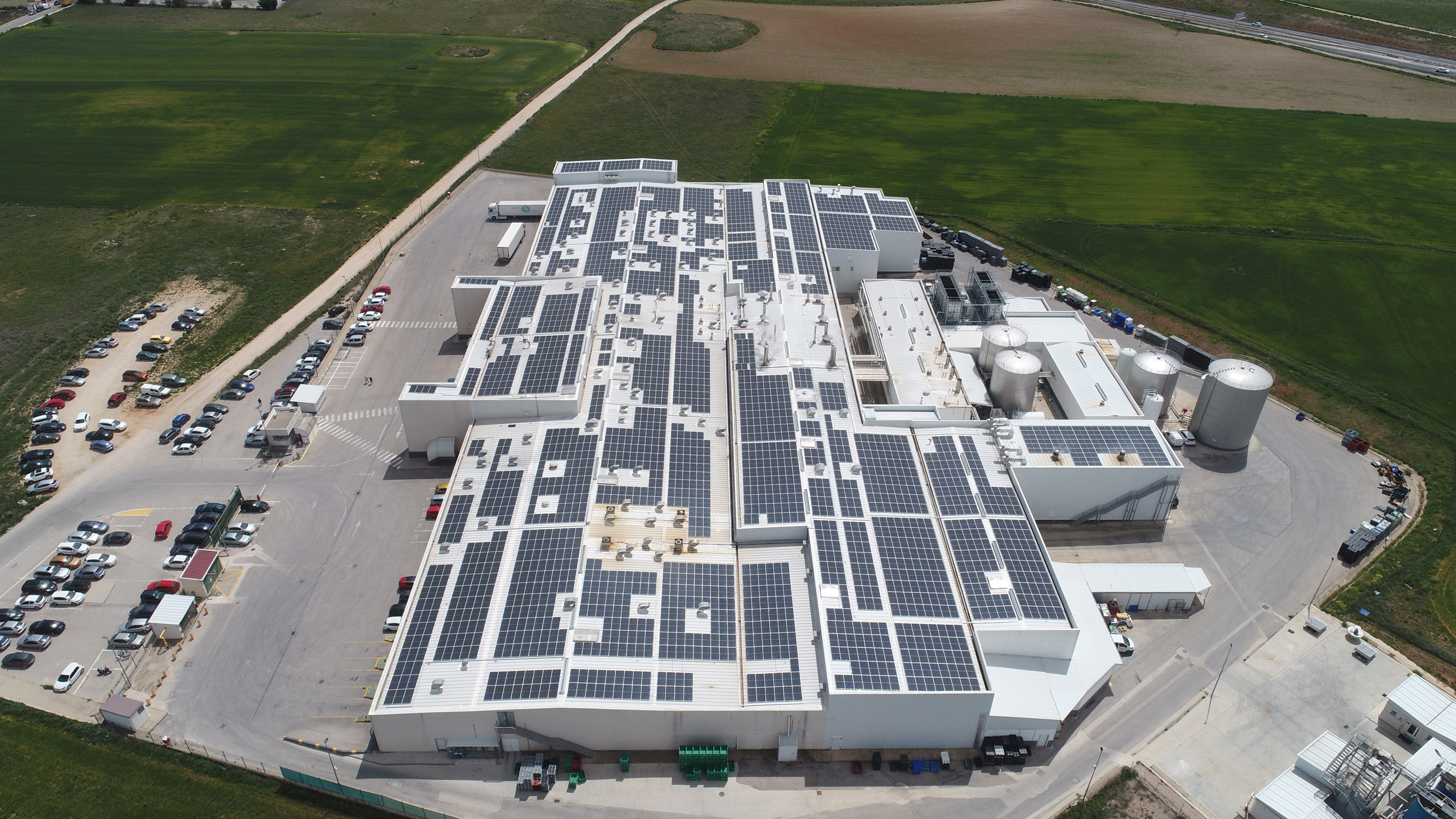 Incarlopsa, a leading company in the production and processing of pork products in Castilla-La Mancha, has started up two new solar self-consumption plants at its drying plant in Corral de Almaguer (Toledo), one of the largest in the world, and at its processing plant in Tarancón (Cuenca). With the start-up of both projects, included in a more ambitious initiative that has involved an investment of 5 million euros and which has been deployed in four production facilities located in Castilla-La Mancha, Incarlopsa is making progress in its decarbonization process.

Specifically, the solar self-consumption plant at the Corral de Almaguer dryer has some 9,970 photovoltaic modules distributed over an area of more than 22,000 square meters. The self-consumption plant began operating on June 8 and covers 11.5% of the facility’s energy needs with clean, renewable energy. On the other hand, in the Tarancón processing plant, which has been in operation since March 22, 3,080 photovoltaic modules have been installed on a surface area of 6,800 square meters, covering 5% of the plant’s energy needs.

In both cases an investment of 5 million euros to launch one of the largest solar self-consumption projects in Spain.

Incarlopsa, in collaboration with Endesa, has started up one of the largest solar self-consumption projects in Spain and the most important in the agri-food sector. The global project contemplates the generation of 9.60 MWp of power and around 14 GWh of annual production dedicated entirely to self-consumption, which will cover up to 18% of the energy the company needs for its production processes with clean and renewable energy.

This power has been obtained through the installation of 21,000 photovoltaic modules distributed over an area equivalent to six soccer fields (46,000 square meters), distributed among four of Incarlopsa’s production facilities in Castilla-La Mancha: the dryers in Olías del Rey (Toledo), Tarancón and Corral de Almaguer and the processing plant in Tarancón.

The project has used an innovative adhesive solution with which the modules are applied directly to the roofs of the production plants, avoiding the need to drill holes in the structure. This is the perfect solution to guarantee the maintenance of the internal environmental conditions of the dryers, which is essential for preserving all the properties of the ham curing process. In addition, shaded areas have been avoided and panels have been alternated with maintenance corridors that will keep the installation in perfect condition for the next 20 years.

In addition, on other roofs, the facility has been designed with an east-west structure, maximizing the surface area available for the photovoltaic installation. This adaptation of the design to the constructive needs of the sites has been a key point for Incarlopsa in view of the high value of the raw materials they house.