Incarlopsa reinforces its enviromental commitment and installs solar panels on 46,000 m2 of roofs of their ham curing facility, in collaboration with Endesa 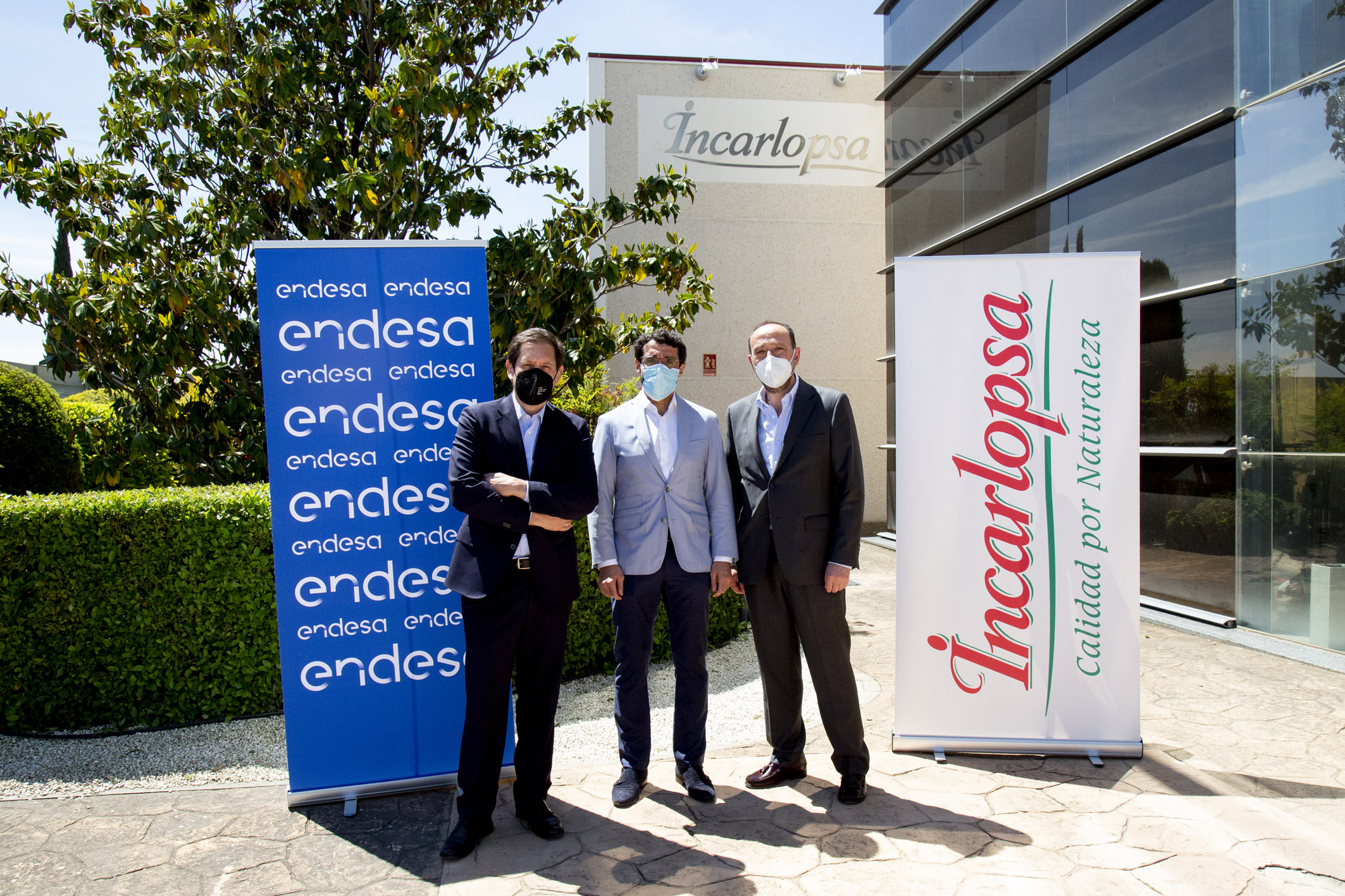 Incarlopsa, a leading company in the production and processing of pork products in Castilla-La Mancha, reinforces its sustainable development model and its environmental commitment with the installation of solar panels on 46,000 square meters of roofs of the three ham curing facility that the company has in Castilla-La Mancha: in the towns of Corral de Almaguer and Olías del Rey in Toledo, and in the town of Tarancón in the province of Cuenca.

This project, which will be carried out in collaboration with Endesa, an energy multinational with which Incarlopsa has been collaborating since 2019 to develop energy efficiency projects, will involve a total investment of 5 million euros, included in the Productive Investment Plan (CAPEX) for 2021 endowed with 40 million euros. The project will be carried out simultaneously at the three plants and is expected to be completed later this year.

This initiative will allow Incarlopsa to reduce its carbon footprint by 3,500 tons of CO2 per year, since all the clean and renewable energy generated by these solar panels will be used entirely for self-consumption.

The project contemplates the generation of 9.60 MWp of power and 14.25 GWh of annual production dedicated entirely to self-consumption. It is, therefore, one of the largest projects of its kind in Spain and in the food sector.

In addition, the 21,000 photovoltaic modules included in the project will be installed on the roofs of the three drying sheds that Incarlopsa has in Castilla-La Mancha using cutting-edge technology: the 46,000 square meters of surface area, equivalent to 6 soccer fields, will be covered using an adhesive solution that is applied directly to the structure, avoiding the need to drill holes. This is a key point to ensure the maintenance of the internal environmental conditions of the facility, which is essential to preserve all the properties of the ham curing process. In addition, shaded areas will be avoided and panels will be alternated with maintenance corridors that will keep the facility in perfect condition for the next 20 years.

This project allows Incarlopsa to continue advancing in its decarbonization process.